Who here has seen JourneyQuest? If not, what are you waiting for?

Not to be confused with the Colorado rafting company, JourneyQuest premiered in 2010, the brainchild of writers Kate Marshall and Matt Vancil, the latter of whom also directed a few episodes and played a character named Wharrgarbil. The show has caught on in a big way among indie film fans and fantasy lovers because it’s Geek Heaven with a generous dash of satire.

The show’s characters tick all the usual fantasy archetype boxes. There’s scrappy Nara (Anne K. Brady and Alyssa Kay) an elf who took up the quest to find her destiny, but spends her days making faces at the company’s wizard, Perf (Christian Doyle), a well-meaning but bumbling oaf whose spells always work in reverse. If anything goes right for this guy it’s by sheer dumb luck. Joining them are cleric Carrow (Brian S. Lewis) and pretentious knight Glorion (Kevin Pitman), who has a habit of singing, “Onward,” every time he makes a move. He has a liking for killing orcs.

Season One sets up the characters and not much else. They’re supposed to be on a quest which isn’t clearly defined and gets scrubbed early on anyway because these characters suffer mishap after mishap. Carrow gets shot by orcs and Perf tries to bring Carrow back to life but turns him undead. Not a zombie. Just undead. He’s what’s called a sentient corporeal. Carrow might have a proclivity for gnawing on severed body parts, but other than that, he’s good. Sorta.

Perf’s bungles aren’t over yet, and they’re not all his fault, either. While fighting off orcs (again), he and Nara fall into a secret room in the Temple of All Dooms where they find the Sword of Fighting. It’s supposed to go to the Chosen One in order to combat the forces of evil, but in Perf’s hands the sword is a clumsy, snarky piece of work with a mind of its own. Yeah, snarky. The sword can talk, it sounds slightly like Gilbert Gottfried, and it hates Perf. Perf tries his hardest to get rid of this thing, but it’s a losing battle.

Glorion, who has been navigating the Temple of All Dooms in the meantime, doesn’t leave the place empty-handed. He not only meets his younger self and gives him a few pointers, but picks up a traveling companion, a gargoyle named Roderick (Nathan Rice). Roderick might look demonic, but he’s not a bad fella, especially once he gets the kinks out. Crouching down for a few dozen millenia is hard work, after all.

Things really get going in Season Two, which flows nicely into Season Three. The quest is still abandoned, but now our group has a new task on its hands: To pass through the City of the Dead and make their way to the mountain where the Oracle waits to answer their questions.

Meanwhile, poor Wren has been following this ragtag group for a year with dismal results. She’s trying to graduate from bard school so she can get her Guild certification, but the headmistress isn’t making things easy on her. Wren is only in the school because of her famous family and this epic is her last chance. The trick is that she can’t manipulate the action in any way or interact with the characters. That’s all well and good until she meets Rilk and an assassin ties her to a tree.

Just to keep things interesting, Madame Headmistress sends in a ringer, Silver Tom (Fran Kranz), a bard who’s so famous and important half a dozen women dress him every morning. Wren is starstruck until Silver Tom steals her notebook and bard’s badge after threatening to give her a subplot in the epic he’s writing. 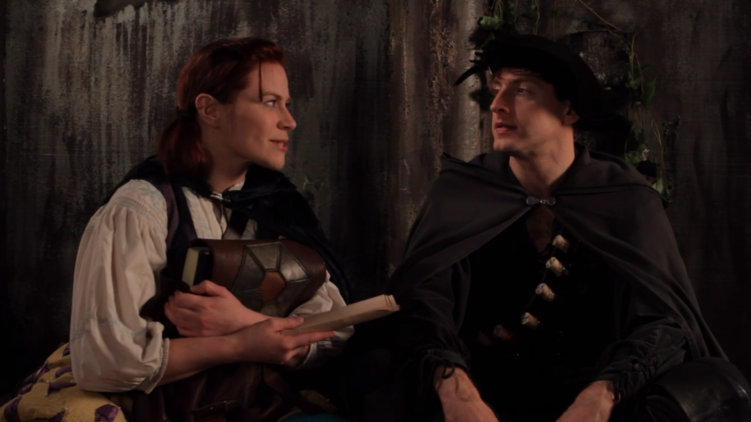 Through a series of unfortunate events, Wren finds herself without a notebook, without an epic, and without clothes. She wakes up in the tavern of a dwarvian mining village, where bearded lady Daggie (Wonder Russell) conscripts her into singing for raucous crowds of onlookers. All of the characters find their way to this village by hook or by crook, including our three orc friends, who cooked up a spell to make themselves look human. 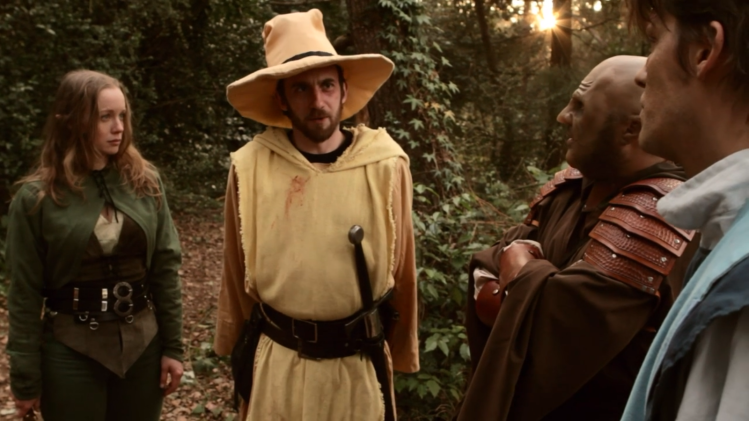 Oh, and speaking of Perf, his new spell involves a girl group and a glowing unicorn. It’s quite the distraction.

JourneyQuest started out as a small-budget LARP–it’s literally a group of characters running around in a forest. All effects are practical and simple, like when Perf finds the Sword, which is held by a pair of real hands painted and textured to blend in with a plywood wall.

The whole first season looks a wee bit rough. The camera is really bouncy, as if the cameraperson downed a triple espresso before hitting the record button (Seeing as the series is mostly filmed in Washington state, this may not be too far off). Once the show took off and its studio, Zombie Orpheus Entertainment had more money, the production values improved and the characters were able to move forward…er, onward.

What catches people’s attention is that the writing is so danged funny. Any use of typical fantasy tropes is purely incidental, and verbal sparring is more of a thing than slick choreographed swordfights and sorcery battles. Perf has time to lecture the orcs about proper grammar while they’ve got him cornered behind a tree. There are a few scattered Simpsons references, usually delivered by the ever-charming Sword of Fighting. The Oracle serves her guests scrumptious pineapple tarts when they come to see her, but don’t ask how they’re made because there’s a three-question limit and she’s sticking to it. Rilk and the orcs make fun of the enlightened male when Rilk practices talking to Wren; namely, he recognizes she’s a strong independent career woman who doesn’t need rescuing. Naturally, it all goes to pieces when he meets Wren at the tavern later. 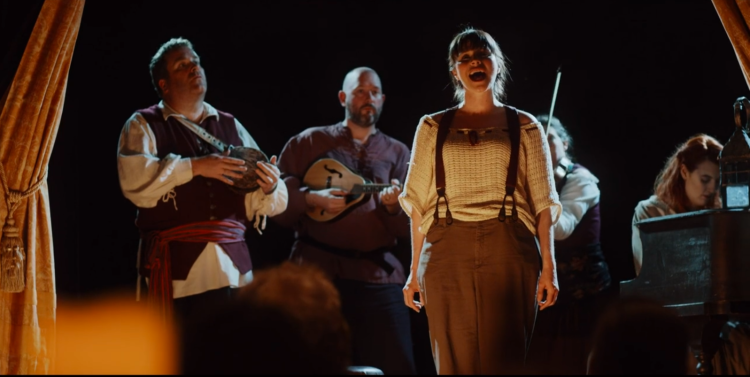 Most making-of info is proprietary, as the project is completely crowd-funded on Kickstarter and Patreon, as well as The Fantasy Network. However, if one digs long enough, stuff will rise to the surface, including unexpected goodies like a cooking show hosted by Brian S. Lewis, better known as Carrow.

How JourneyQuest came about is this: Creator Mark Vansil was fresh out of film school and saw the Hollywood of 2008 as a hard nut to crack. Hard to get jobs, hard to get anything made, and hard to be creative. What got the wheels in his head turning was the rise of the web series, and he had this idea of doing a fantasy comedy. The original aim was to tease the appearance of Wren and just let out bits of story and character at a time, with the rest to be revealed on a DVD later.

Instead, Matt and his crew decided to snip up the story and use what is now Wren’s first encounter with the orcs to springboard the other episodes. The key was to keep everything moving as quickly as possible and reveal character as the show went on. What helped in this process was that Vansil had everything written out even before the cameras started rolling.

After watching the first three seasons, people often ask when Season Four is coming out. Well…this is anyone’s guess. The project is fully funded, but like pretty much anything in the last year, shooting was sidelined due to COVID. According to Zombie Orpheus’s Kickstarter page, the company is currently waiting for vaccination rates to go up so they can assess their crew’s needs and then finally get going. Most of the particulars about Season Four are closely guarded secrets, but every now and then Zombie teases things.

In the meantime, the first three seasons are there, begging to be binged upon. It’s typically said nowadays that indies will kill the Hollywood production, and if shows like JourneyQuest are any indicator, Tinseltown will either have to lead, follow, or get out of the way. I’m betting on the latter two options.

Coming up in April (tomorrow…yipe!): 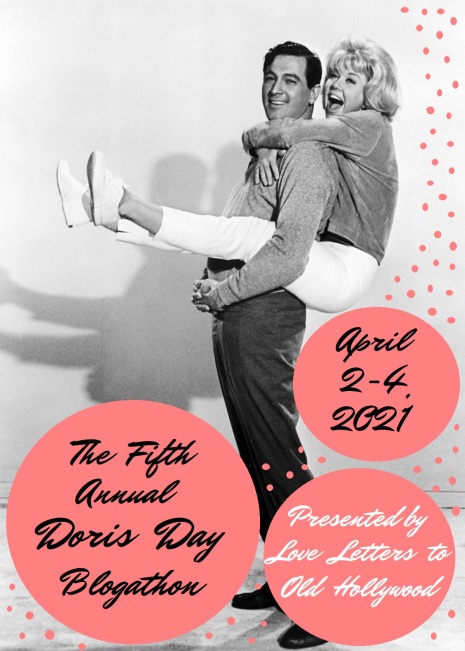 Yep, Taking Up Room has a crazy weekened ahead, and oh yeah, it’s Easter, too.

Anyway, if anyone’s interested in any of these events, please click the images for relevant info. Thanks for reading, all, and see you on Friday for my contribution to the Faith In Film Blogathon…

JourneyQuest can be streamed for free on Amazon Prime, YouTube, and The Fantasy Network.

One thought on “Onward, Duplicitous Humies”