Remember 2005’s Bewitched? I don’t know what anyone was expecting with this Ephron flick. A remake of Bewitched, of course, but…eh. It was a bit more than that. Or a bit less, depending on how people want to look at it. Glass half-full versus glass half-empty. Anyway…

Isabel (Nicole Kidman) doesn’t want to be a witch anymore. She moves to the San Fernando Valley with the idea that she’s going to live a normal life. She wants to hang with her friends at the Coffee Bean and Tea Leaf. She wants to debate which color to paint the bathroom. She’s fascinated by pop tops on soda cans and dimmer switches and buys tubs of Cool Whip at the store. And most of all, she wants to fall in love with a guy sans tricks. 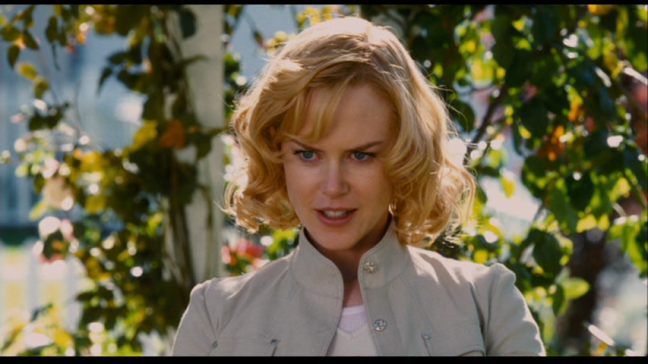 Problem is, she can’t shake her innate characteristics. When Isabel spies a cute little bungalow, she sticks a “For Rent” sign on the lawn. We don’t know if people live in this house already and it doesn’t matter. This is where Isabel is going to hang her hat, and just for good measure, she makes sure the place is already furnished and the realtor doesn’t need any references. Heck, she doesn’t even need rental payments.

The other problem is Isabel’s dad, Nigel (Michael Caine) doesn’t think Isabel can be normal. He catches up with her at Bed, Bath and Beyond, where she uses a tarot card for a Visa, and they go to Pann’s Restaurant, where Isabel sets the clock back to five minutes before eleven so she can have breakfast. Isabel insists she can do this. She’s going to go home and set up her own cable connection by magic, but other than that, she’s done being a witch. 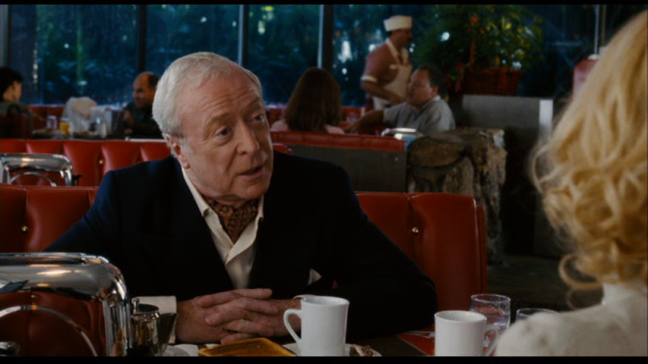 At least, that’s what she thinks.

Meanwhile, Jack Wyatt’s (Will Ferrell) career and personal life have hit the skids. No one bought the DVD of his last movie. His phone doesn’t ring. His wife, Sheila (Katie Finneran) left him for an underwear model and is still living in the house Jack bought before he even met her. Jack’s agent, Ritchie (Jason Schwartzman) thinks Jack needs to be more aggressive. He’s been too nice. He needs to make demands and have them met or everyone else will know the reason why.

Except niceness isn’t Jack’s issue. The whole town knows he’s a huge jerk. He’s good with making demands. When he’s approached about doing a remake of Bewitched, Jack says he wants three trailers, his own personal espresso machine, and cake every Wednesday. Oh, and he wants an unknown cast as Samantha. She has to be able to do the famous nose-twitch, of course, but other than that, she’ll be firmly in the background.

Jack and Isabel’s paths cross at Book Soup, where he spies her sneezing. Cutely. And she can twitch her nose. Jack is dead gone. Isabel could be his ticket to reborn stardom. It’s a brilliant plan. 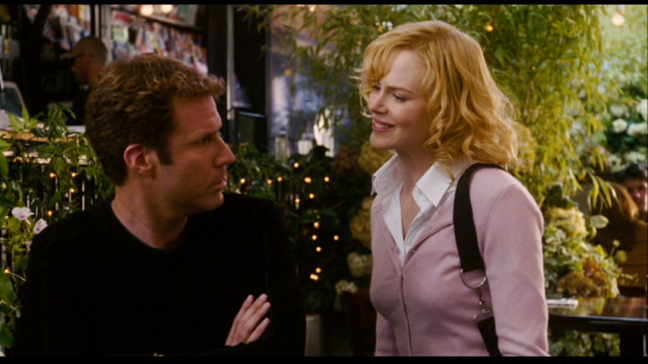 Isabel is no dummy, though. At first she’s enamored with Jack because he’s such a mess, but his shine wears off pretty quickly once she sees what a diva he is. Her new friends, neighbor Maria (Kristen Chenoweth) and director’s assistant Nina (Heather Burns) have lots of suggestions like dropping Jack into the shark tank at Sea World or photoshopping his face onto animal pictures, but Isabel’s gonna Isabel. Jack has no idea what he’s let himself in for. Not even Iris (Shirley MacLaine) who plays Endora may be all that she seems to be.

One of the things I appreciate about all Ephron films is that they always have a distinct sense of place. They were never about smartening up their locations or bending them to fit the story or the characters. You’ve Got Mail worked in Manhattan landmarks such as Zabar’s and Washington Square Park. Sleepless In Seattle showed the Public Market and Delia’s. Julie and Julia showcased New York and Paris. 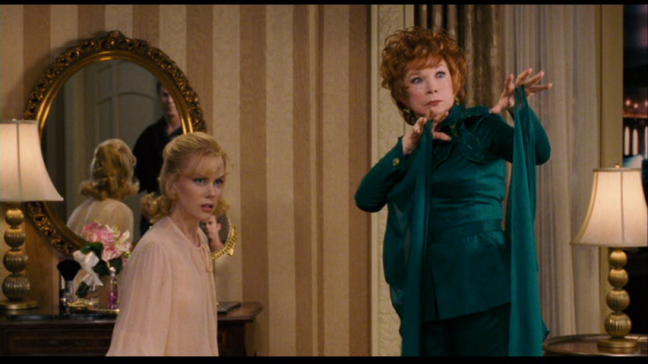 Bewitched is all about Hollywood, of course. We see the swimming pools and the glitz, but we also see the illusion. Things might look perfect until the camera pans around a little bit to show the plain cavernous soundstage. I like that Culver Studios and its next door neighbor, Sony Pictures, nee MGM, are featured pretty prominently. And it also captures how weirdly insulated and pretentious movie people can be. Jack is the stereotypical demanding movie star who wants his assistant, Randall (pronounced Ron-doll) to make him twenty cappucinos and give him the best one. It’s naval-gazing satire.

It’s also fun to see Nicole Kidman in a comedy for once–she can be sillier than she’s given credit for, and seeing another side of her is cool. She clearly liked working with Will Ferrell, who got her cracking up in quite a few scenes. Knowing Nora Ephron, there was probably a lot of ad-libbing going on.

And the film has a lot of familiar Ephron-isms, like bouncy andante tempo music during what would otherwise be a placid bit, such as when Isabel’s cat hops through a kitty door. The whole movie has great music from start to finish, for that matter, and naturally it has the rapid-fire dialogue the Ephrons are known for.

The problem with the movie is that it doesn’t quite jell. I think it’s good that Bewitched was the triggering subject, and kudos to the Ephrons for thinking bigger than just a straight remake. Where it falters is that the movie can’t seem to decide whether it wants to land in the remake-within-the-movie and the movie itself. There’s one part towards the end where Uncle Arthur (played wonderfully by Steve Carrell) shows up. Jack thinks he’s dreaming, but no such luck. Yes, Uncle Arthur smashes a mirror or two. 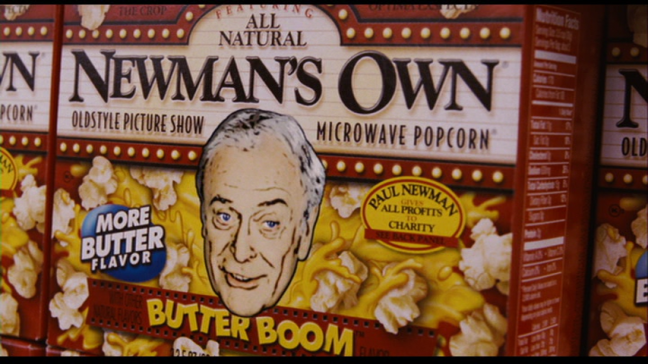 Not only that, but Kidman’s comedy game isn’t quite on point. She’s a great dramatic actress and a smouldering romantic lead, but comedy is its own beast. I got the feeling that Will Ferrell tried to make up for it by being sillier than usual, although in comparison to his other movies he’s a wee bit restrained.

Oh, and speaking of Will Ferrell, I had trouble buying him as a former in-demand A-lister, at least for the reasons the movie gives. All the little movie-within-the-movie snippets of Jack Wyatt’s past work are send-ups of supposedly epic dramas. The dude can’t help it. He’s too hilarious to be a Norman Maine.

Plus the pairing of Kidman and Farrell just seems off. She’s a porcelain goddess, he’s an absolute goofball, and it might have worked if they could have met in the middle a bit more. Audiences didn’t cotton to their pairing, either; that’s probably why Kidman and Ferrell got the Razzie Award for Worst Onscreen Couple. And to this day the film has a twenty-five percent critics’ score and a twenty-eight percent audience score on Rotten Tomatoes and thirty-four on Metacritic. I think what makes a difference is whether or not viewers are familiar with the original TV show. My son liked the movie, and he’s never seen the show. Roger Ebert was the same way.

I didn’t hate Bewitched. I wish I could have liked it more. I still go back to it now and then, though, because I can never quite leave it behind. It is an Ephron film, even if it is oddly weak. 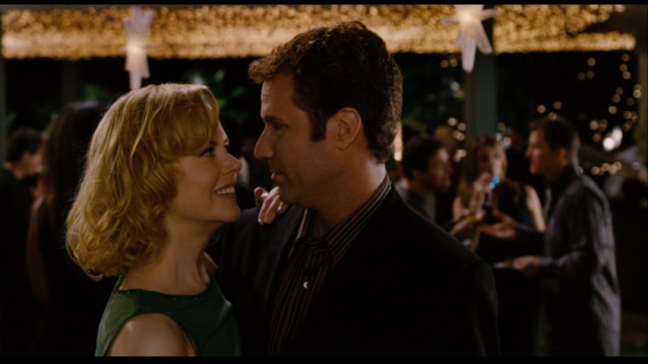 My entry for the Second Luso World Cinema Blogathon will be up on Friday. Thanks for reading, everyone…

Bewitched is available on DVD from Amazon, as is the original TV show.

~Any purchases made via Amazon Links found on this site help support Taking Up Room at no extra cost to you.~

Taking Up Room is going back to the opera with my new review of 1943's "Phantom of the Opera," starring Claude Rains, Susanna Foster and Nelson Eddy. Ever seen this movie? Link in bio. #blogsofinstagram #classichollywood #phantomoftheopera #clauderains #nelsoneddy #susannafoster
A little ice cream before we head home. For some reason my guys didn't want me taking their pictures. Oh well. 😀
Flies, Dan'l. Flies. 📚 #marktwainmemorial