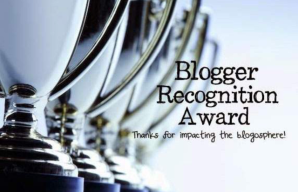 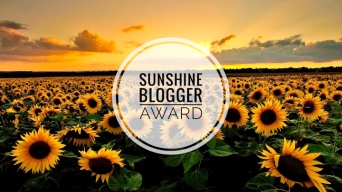 It’s award time in the blogging world! Well, it’s always award time, and my sweet friend Gill of Realweegiemidget Reviews has nominated me for another Blogger Recognition Award and another Sunshine Blogger Award. Thanks so much, Gill!

Two awards mean two sets of rules, of course, and we’re going to start with the Blogger Recognition Award:

Items One and Two are checks, so on to Items Three and Four:

How I Started My Blog…

Since we’ve been here before, I’ll spare you guys any redundancy. Suffice it to say, I started my blog because I felt like doing more writing than I was already doing. A touch of fire in the belly helps, too (See more details here).

And now for the Sunshine Award rules:

OK, on to the questions:

Questions down, and now for our nominees. Drum roll, please…

OK, that’ll do it. Congrats to all my nominees, thanks again, Gill, and thanks for reading, everyone! A new post is on its way Monday…