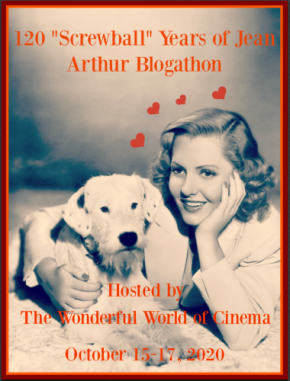 Jean Arthur was an extremely competent actress and best remembered for her screwball comedies. She made several films with Frank Capra, one of which was the 1936 smash, Mr. Deeds Goes To Town. It was Arthur’s breakthrough role and her first time working with Frank Capra, who was making the first of what would later be called, “Capra-corn” movies.

Here’s a quick plot summary for those who haven’t seen the film: Longfellow Deeds’ uncle, Martin Semple, has died in a car wreck and left his considerable fortune of $20M to his nephew, a postcard poet and tallow factory co-owner who lives in the fictional town of Mandrake Falls, Vermont. 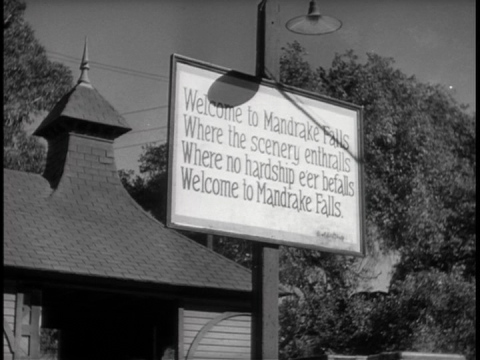 Semple’s lawyer, Mr. Cedar (Douglass Dumbrille) and journalist-turned-publicity-agent, Mr. Cobb (Lionel Stander) go to Mandrake Falls to bring Longfellow to New York. Cedar, who’s really a vulture in a double-breasted suit, wants power of attorney. He expects Mandrake Falls to be a hick town and Longfellow to be a green-as-grass country bumpkin who’ll be easy to push around.

Their suspicions seem correct at first, because Longfellow Deeds is the personification of small-town America. He’s unpretentious to a fault. His verses are a cross between Victorian poetry and Hallmark cards. Mandrake Falls loves him so much they all turn out to see him off, and Longfellow pulls out his tuba for one last jam session with the town band. 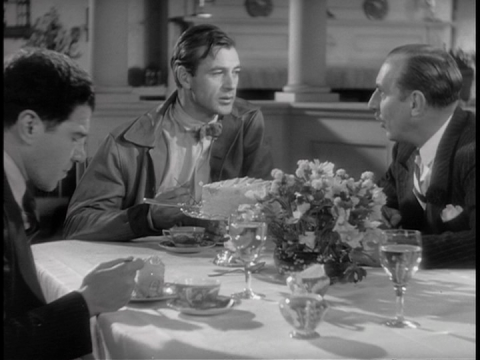 He might be unconventional, but much to Cobb and Cedar’s surprise, Longfellow is no dummy. He’s not impressed with the idea of supporting the opera even though it’s losing money. He’s less impressed by the lawyers who come sniffing around, trying to get a piece of the pie for their supposed deserving clients. Longfellow’s not even impressed with Mr. Cedar, who he pegs as oily right from the start.

Cobb watches the proceedings with satisfaction: “Gentlemen, you’ll find the smelling salts in the medicine chest.” 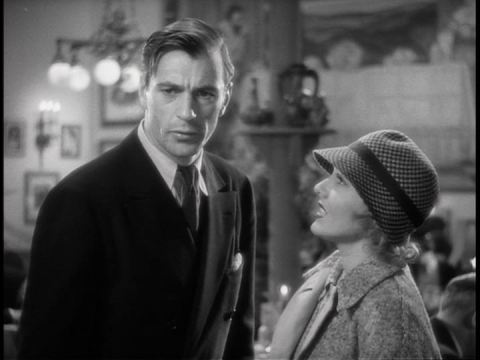 Longfellow’s one weakness is damsels in distress. One night a young woman passes out right in front of his house, fainting from lack of food and walking all day. Longfellow takes her to a restaurant, where he finds out her name is Mary Dawson, a small town girl trying to make it in the big city.

Heh. What Longfellow doesn’t know is that Mary Dawson is actually Babe Bennett (Jean Arthur), Pulitzer Prize-winning crack reporter, who’s agreed to send her paper stories about Longfellow on the sly. Babe dubs Longfellow “Cinderella Man” and makes him look like a dope. The town already thinks Longfellow is a hick they can poke fun at, and Babe’s stories just add fuel to the fire. 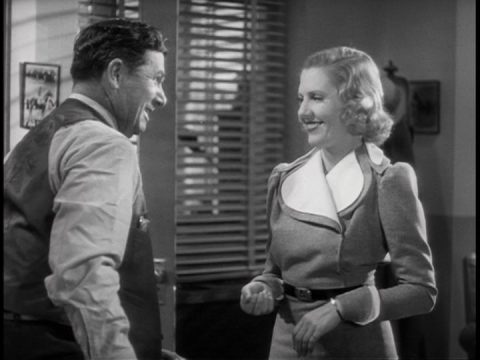 Longfellow feels like knocking heads together when he overhears people talking about him, but he’s so happy with Mary that it doesn’t bother him too much. The two of them find they have a lot in common, as Babe (Mary) can play the drums a little bit, and have a great time warbling “Swanee River” on a park bench. They also take in the city, making a trip out to Grant’s Tomb, which Longfellow is anxious to see.

In spite of herself, Babe grows more and more guilty about what she’s doing to Longfellow and naturally she falls in love with him. Right about then is when it all falls apart. 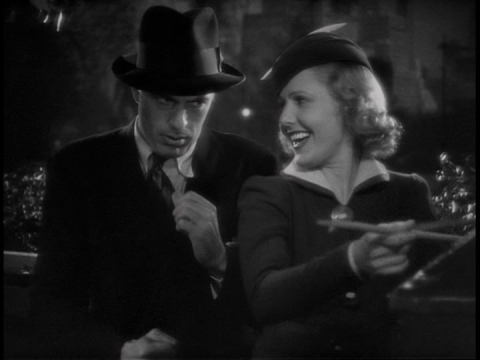 Mr. Deeds Goes To Town is very much a Depression-era movie. In its third act an out-of-work farmer pulls a gun on Longfellow, but he’s not a murderer. He’s just a desperate man who’s been deprived of his livelihood and he resents being left out in the cold by society.

Longfellow makes sure the poor man has a square meal. While he watches him tuck into fois gras and lambchops he makes a decision that will have New York thinking he’s gone even more crazy. Soon Longfellow will find himself trying to explain his actions to a panel of judges and so-called experts who can’t believe a man would be so audacious as to blow his own horn. He will also have his say, much to the discomfort of the assembled throng. 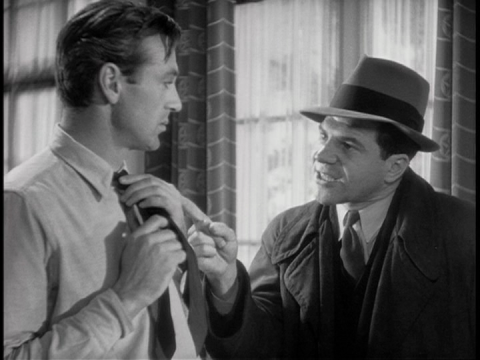 Jean Arthur was not Frank Capra’s first choice to play Babe. He originally wanted Carole Lombard but she dropped out to star in My Man Godfrey. In Arthur, Capra got more than he bargained for. She wasn’t a sure thing, as she had been in films for over a decade without really making it, and was famous within the industry for her nerves. Capra said in an interview, “I’m sure she vomited before and after every scene.”

Fortunately, Arthur saw her co-star Gary Cooper as a steadying influence. “I can’t remember Cooper saying much of anything. But it’s very comfortable working with him. You feel like you’re resting on the Rock of Gibraltar.” 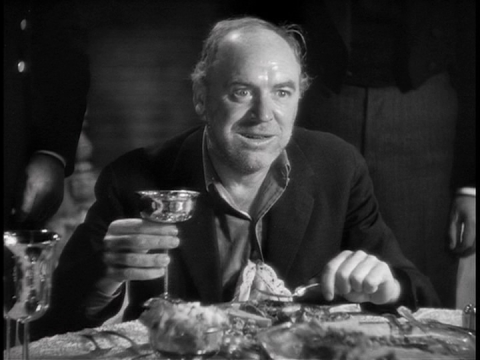 When the film released in April of 1936, audiences absolutely loved it, to the tune of $1,040,767 on its initial release, which is pretty remarkable considering tickets were very cheap in those days and films only ran for a week or two. The critics were mixed, with some calling it “routine” and “quasi-communistic,” but they enjoyed the movie as a general thing.

Mr. Deeds works as a film because people see themselves in the characters. For Depression-era audiences worried about the economy and the job market, even in 1936 when things were beginning to recover, it must have been heartening to see people forget about themselves and help others. It also must have been fun to laugh at the foibles and quirkiness that is human nature. 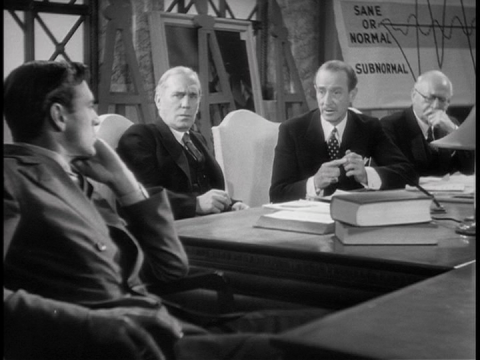 As for Jean Arthur, Mr. Deeds is one of the first times she got to really shine onscreen. What I like about her is that her screen persona is very relatable, like someone regular people could be friends with. I think that’s what audiences continue to enjoy about Jean Arthur. 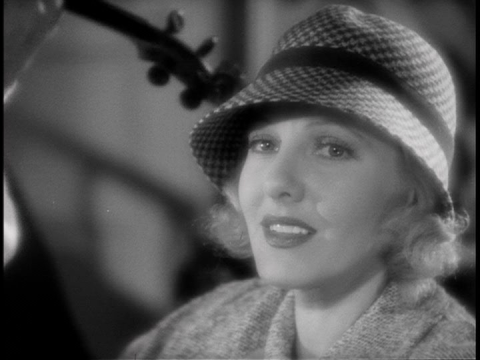 For more of the great Jean Arthur, please see Virginie at The Wonderful World of Cinema. Thanks for hosting, Virginie–it was a pleasure, as always. Thanks for reading, all, and I hope to see you on Saturday for the Spencer Tracy and Katharine Hepburn Blogathon…

Mr. Deeds Goes To Town is available on DVD and Blu-ray from Amazon.

The Third So Bad It's Good Blogathon is now live! We'll be bringing the badness all weekend on Taking Up Room, so click the link in my bio to see what's happening (And maybe read my review of "Journey To the Seventh Planet" while you're at it.). #blogsofinstagram #sobaditsgood #journeytotheseventhplanet #johnagar
Oh golly, I feel for this dude.
Day Two of Conference Week. So far so good. #alfrescodining #breakfast #notimetogohome