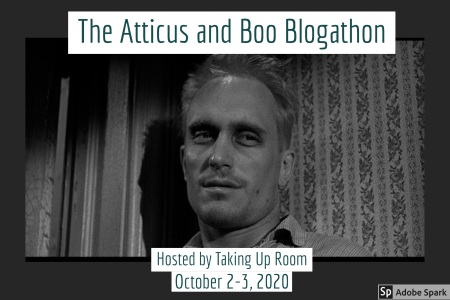 Robert Duvall has had a wildly diverse career to say the least. George Lucas, um, not really, but he’s George Lucas. In 1971 the two of them made an unlikely team with the release of Lucas’s first feature film, THX-1138, a dystopian tale of the world we live in, only not.

THX-1138 bears a slight resemblance to Aldous Huxley’s Brave New World. The entire populace is drugged around the clock, only in this case the drugs are sedatives and mood stabilizers. Romantic relationships are verboten even though everyone has a roommate; everyone is basically supposed to co-exist. Just to make things extra personal, everyone is known by three letters and a four-digit serial number.

Everything in this society is strictly micromanaged. People can’t even open their medicine cabinets without a disembodied voice asking what’s wrong. Police officer robots train children to not question anything they see, as well as beat citizens of any age who don’t comply. And it’s all under the guise of helping and supposedly reassuring people not to be afraid.

The title character, THX (Robert Duvall), is a mechanic in a factory building mechanical police officers. His roommate, LUH-3417 (Maggie McOmie) works in surveillance. They seem to be typical, but THX feels off somehow, as if his medication doesn’t work anymore. He buries himself in TV watching and visits to the confessional, but nothing seems to help. Not even bright, happy commercials selling the latest gadgets do it. It doesn’t take long for THX to feel withdrawal symptoms.

There’s a method to this seeming madness: LUH has been reducing THX’s medication and her own and replacing them with aphrodisiacs. Naturally, the inevitable happens. THX assures LUH they can’t be seen, but of course that’s not the case. The powers that be know everything. LUH worries that if THX goes back on sedation he’ll turn her in, but THX assures her that won’t happen.

THX is approached by a guy, SEN-5427 (Donald Pleasance), an unusually cheerful fellow who wants to be his new roommate. SEN seems to be very gung-ho about the whole thing, but THX just wants to find LUH, and he’s a little freaked out by SEN’s relaxed manner.

LUH tells THX she’s pregnant, and it isn’t long before the police come after them. After a futile attempt to fight them off, LUH is dragged away and THX is sentenced to prison.

THX’s incarceration is not held in by bars, but by endless empty space and boredom. SEN’s found his way out there as well, and they make friends with SRT (Don Pedro Colley), a guy who says he’s a hologram but who eats and interacts with his environment like anyone else. Maybe he’s a hard light hologram like Arnold Rimmer.

Anyway, THX, SEN, and SRT make their escape. It’s easy enough to leave the other inmates, who are too loopy to care, and easy to leave the holding place, which has no bars or locks on it, just blank space as far as the eye can see. From there it’s a mad dash to the outer reaches of the city and freedom.

THX-1138 is based on a 1967 student film of the same name that was produced by Lucas while he was a film student at the University of Southern California. The number, 1138 was part of Lucas’s San Francisco phone number and has become a motif throughout his film career. THX was meant to be an exercise in spatial calligraphy, but the film was so impressive that it was nominated for USC’s Student Awards. Francis Ford Coppola attended the awards show and approached Lucas about turning his short into a feature.

Lucas had Duvall in mind from the beginning. The two of them worked together on another Lucas project, The Rain People, so they already had a rapport. Duvall jumped at the chance to work with Lucas again.

Almost everyone on the film was a novice, and Lucas had to lead everyone through. To keep everything in budget, he moved the production up to the Bay Area, where the filmed in unfinished East Bay tunnels of various kinds. I’ve probably been down some of them at various times, which is kind of a cool feeling.

Duvall found working with George Lucas to be very relaxing (I guess Lucas wasn’t to his “Faster and more intense” stage yet). He didn’t even have much of a problem with shaving his head for the part. ‘They didn’t have far to go,” he remembered later.

What was harder for Duvall were the various nude scenes. He left the, um, positioning to his costar Maggie McOmie. And yes, there’s a fair amount of nudity in the movie, hence its ‘R’ rating.

The film does really well at communicating how disturbing it would be to have your every move controlled and monitored. Lucas called THX-1138 “a documentary of the future,” meaning it’s not only a cautionary tale about what not to do as a society, but it’s also commenting on the culture of the 1970s, where drugs and excess were common.

For all its strengths, though, THX-1138 isn’t a perfect movie. If it seems a little bit barren, that’s because it is–there’s not much there beyond THX trying to escape. There isn’t a lot of character development at all–until the last third of the movie the characters pretty much sit around and wait for the next thing to happen to them. It feels impersonal sometimes.

The film falters thematically as well. I think it’s odd that Lucas tried to work consumer culture into a world where no one is supposed to react emotionally to anything. It’s just not born out by the characters actions. We never see them buy anything, on impulse or otherwise. No packages are left at the door. No one leafs through catalogues. There are no stores anywhere, not even supermarkets. Everything is provided to these people. They all wear the same clothes and all have shaved heads. Their apartments are sterile and show no evidence of keeping up with the Joneses.

The only hints of consumer culture are TV commercials, usually acted by pitchpeople who sound anything but sedated. It all seems tacked-on. Once THX starts running it’s never mentioned again.

Speaking of THX, Robert Duvall is excellent in the film for what he was given to work with. Once he’s fully lucid, he’s like a cat. I think the only thing that could have possibly made the film better is to see THX showing more emotion and not knowing what to do with it. That’s probably why it’s hard to connect with the characters.

Unfortunately, THX-1138 flopped at the box office. It probably didn’t help that Warner Bros. cut five minutes out of it, and anyway, the subject matter can be a little disturbing. However, its visual style and fluid motion are arresting, and certainly set up everyone who was involved for greater things in the future.

More posts about the great Robert Duvall and Gregory Peck can be found here. Thanks for reading, everyone, and hope to see you tomorow for a wee wrap-up…

THX-1138 is available on DVD and Blu-ray from Amazon.

5 thoughts on “The Documentary of the Future”