Well, lookee here, it’s our second Origins post of 2020, and it’s only the end of August. The year is young, guys. Heh.

Seriously, it’s been touch-and-go as to whether or not there would be any Origins this year, what with features either getting ported to video on demand or having their release dates bumped. And maybe bumped again.

Altruism is more at work here than fatalism: As Warner Bros. has stated, eighty percent of the world’s theaters need to be open before anything drops or studios will suffer major losses. Considering profit margins are often wafer-thin these days anyway, this is understandable. As the year goes on, though, studios are having to opt for a theatrical-VOD hybrid or risk making no box office money in 2020. We’ll see how this goes.

That said, I am really excited to see Tenet, which officially releases on September 3rd. I’m going to head over to Reno today to see an early release because California still won’t allow cinemas to open. (Grrrrr. Stupid rigged color-coding system.). Anyway, Christopher Nolan is probably my favorite director working today, and his movies are consistently awesome. Before I go on, here’s Tenet’s trailer:

Yas, this looks cool. Apparently the actors have had to sign non-disclosure agreements because the story specifics are that good, but now and then they’ve dropped a little knowledge, and since the press has had some advance screenings, things are getting even more intriguing. I’ve really been trying to avoid reading anyone’s reviews because I want to enter the theater with fresh eyes. Now I know what it feels like to watch the Super Bowl after the fact.

So. In the spirit of distraction, we’re going to look at six of Christopher Nolan’s greatest hits.

Nolan’s Batman trilogy is done right. It’s not camp, although it has levity, and it’s not quirk although it takes some unexpected turns. Not that there’s anything wrong with camp or quirk, but Nolan wanted something new. The film has a nicely-fleshed out Bruce Wayne with an equally meaty backstory. Typically the years between the time Bruce Wayne’s parents are murdered to the time he becomes Batman are one long shadow. Batman just appears, as it were.

Here we get to see Bruce earn the cowl, and the story reveals a man who’s both lonely and determined.

Wow. Wow. Wow. The Joker is, of course, is one of Heath Ledgers iconic performances, and the one that netted him a posthumous Oscar. The guy is just evil. He steals a giant pile of money because he can and then, to show how much he doesn’t care, he lights the whole thing on fire with a guy sitting on top of it. The Dark Knight Rises is more hardcore, and, well, darker than its predecessor. It’s definitely not for kids.

However, the character development is once again hefty and satisfying. The Batman of this film shows fallibility as a character, but what’s cool is that he has an able ally in Commissioner Gordon, who captures the Joker when Batman is knocked unconscious.

The final film in the Nolan Batman trilogy, The Dark Knight Rises brings Anne Hathaway and Tom Hardy into the mix, playing Catwoman and Bane, respectively. It was a movie Nolan didn’t expect to make, but he and his brother developed a good story, so it was all good. This time around everything goes to pot, as Bruce Wayne’s name becomes tarnished through no fault of his own. He even goes to prison after being convicted in a kangaroo court. It’s an understatement to say that redemption is the main aim here.

Yep, this one was huge, guys. It’s a rare film that’s loved by both critics and audience, and Dark Knight Rises nails it.

Cobb (Leonardo DiCaprio) runs a dream sharing service. People can go wherever they want, do whatever they want, and be whatever they want, as long as they don’t cheat by using their own memories. Some of their best customers can stay dreaming for up to forty hours at a time. Then Cobb gets an offer to use his technology to plant an idea in a CEO’s head. Cobb hesitates: “No idea is simple when you need to plant it in somebody else’s mind.”

Inception is like The Matrix, except that has a foot in the real world. In true Nolan fashion, the line between dream and reality gets more and more blurred. The visuals in the film are fantastic, with buildings folding back on each other and characters walking up what look like walls. The only thing is, and this is typically Nolan, is that the story has a long setup, but once all the threads are established, it’s tremendous to see the way everything ties together.

Sometimes the film can be a little hard to follow and the constant layering of the story arc can seem a bit heavy-handed, but the interplay between Hugh Jackman, Christian Bale, and Michael Caine is stuff to geek out over. My liking for the movie tends to vary by the viewing, but I always go back to it. Read my review here.

Yeah, speaking of layering, Interstellar is another film with a tightly woven plot and a lot of looping. Set in a dystopian future, it stars Matthew McConaughey as Joseph Cooper, one of a group of astronauts who use a wormhole by Saturn to try and find a new home for the people of Earth. The funny thing about wormholes is that they can have some freaky consequences. Joseph finds himself in a constant loop between his mission and his life on Earth, where he’s reliving old memories and watching his children grow up, all out of his control.

Nolan wrote the screenplay for Interstellar with his brother, Jonathan, and the story is often so bouncy in terms of time and space that a viewer has to be really invested in it to keep everything straight. However, it’s also visually arresting and full of surprises.

Yep, the films of the Nolan canon are not casual popcorn flicks, but movies for people who like good beefy stories and lots of them. It’s going to be interesting to see where Christopher Nolan’s career goes. It’ll also be interesting to see how Tenet goes. I’ve never had to cross a state line just to go to a movie before.

Coming up in September: 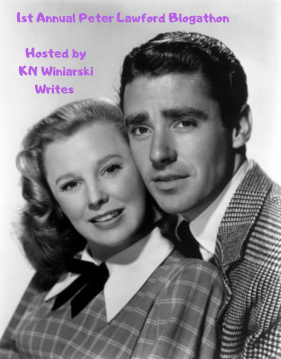 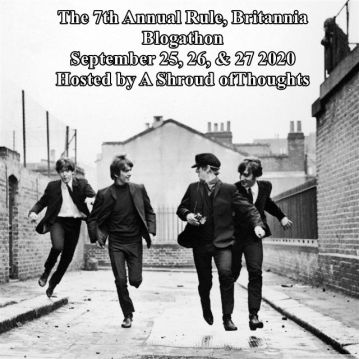 If anyone wants in on these, please see these fine folks:

Can you believe it’s September already? I sure can’t. Thanks for reading, all, and hope to see you tomorrow with some spoiler-free reviews of Tenet and Bill and Ted…