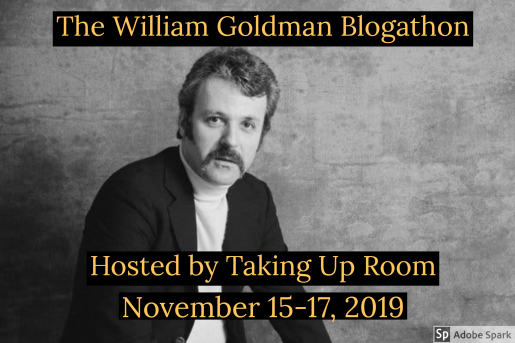 To those of us who are older than thirty-five, the name, “Watergate” is rather charged, as it’s one of the most notorious incidents of the last fifty years. I remember my high school history teachers talking more about Watergate than about World War Two or the Civil War.

For those who aren’t familiar with the incident, here it is in a nutshell: In 1972, the Democratic National Committee offices, located in the Watergate Complex in Washington, D.C., were found to have been bugged by five men. These five men were operatives for the Committee to Re-elect the President, and hired by people who had connections to President Richard Nixon’s staff. The scandal resulted in Nixon’s resignation in August of 1974. As yet, Nixon is the only President to resign.

The men who helped bring the cover-up to the public’s attention were Carl Bernstein and Bob Woodward of the Washington Post. Their quest to unmask the story led them down a perilous rabbit hole of anonymous sources and secret meetings. Once it all resolved, Woodward and Bernstein’s experiences became a book, All the President’s Men, which in turn became the 1976 movie of the same title. Our Mr. Goldman wrote the script, giving the rather placid prose of the book considerable force.

The film opens with a typewriter tapping out a date, June 17, 1972, as if shooting bullets from a gun. Then we see file footage of Nixon addressing Congress, followed by a shot of an office in the Watergate Complex, where a bunch of guys are poking around in the dead of night. Some plainclothes policemen are called to the scene, and they finally corner the group in the darkened office building.

Bob Woodward (Robert Redford) starts sniffing around for details, but no one will talk to him. Anyone of importance can’t get away from him fast enough, and he thinks it’s fishy that the burglars already have counsel without making the customary phone call. Bob’s interest is further piqued when he finds out the counsel is Howard Hunt, former CIA operative and employee of Charles Colson, Special Counsel to the President.

Also sniffing around is Carl Bernstein (Dustin Hoffman), who knows Bob is inexperienced and the story needs a boost. He even swipes Bob’s copy and revises it for him to give it more oomph. It might be the start of a rivalry, except that the two of them are both assigned to cover the story.

The first lead, though, seems to end at a wall. Carl and Bob know that Hunt is researching Ted Kennedy and Chappaquadick at the Library of Congress, but when Carl calls to see what Hunt took out, the librarian keeps changing her story to the point that she claims not to remember talking to Carl. Bob and Carl go down to Circulation, where the clerk lets them rifle through the checkout records themselves, and yes, Hunter did check out a lot of stuff about Kennedy.

Editor Ben Bradlee (Jason Robards) thinks the story is ho-hum and deserves to be a blip in the next edition. Carl and Bob say otherwise, and Bradlee agrees, with the proviso that they bring in real concrete information.

Our guys do. Boy howdy, they do. In the process, however, streets’ worth of doors get slammed in their faces. They drink gallons of coffee. They eat a lot of McDonald’s and Twinkies. Carl smokes like the proverbial bad chimney. But the thing about any big story is that it’s all who you know. Bob has a contact called Deep Throat (Hal Holbrook) who will only meet him in the shadows to drop cryptic bits of information. Carl talks his way into the house of a secretary, Judy Miller (Jane Alexander), who reluctantly takes he and Bob into her confidence. The Watergate story is like an onion; the more Bob and Carl peel back the layers of secrecy, the stinkier it all gets. 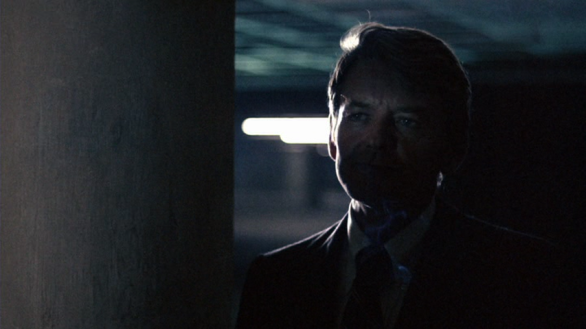 All the President’s Men certainly succeeds. It’s a punchy movie that gives little hints at what Bernstein and Woodward were up against, and although it only covers the first six months of their search, the inevitable vindication is satisfying. The look of the movie is very authentic as well. While Men wasn’t filmed in the actual Post newsroom, it does show a suitably messy set with actual trash sent over from the paper and reproductions of various reference books.

Goldman had a fine line to walk in crafting his screenplay. There was so much Watergate coverage that by 1974 the public had more than hit their saturation point, plus journalism isn’t always the most exciting profession in the world. It’s a lot of hurry-up-and-wait with healthy dosages of plain old boredom. Goldman had to wring tension from a story that naturally wouldn’t have any, and it was accomplished through atmosphere and dialogue.

I perused the book for my poli-sci class in college, and maybe it was just me being jaded, but I thought it was an absolute slog. Not even taking a trip to Washington, D.C. while I was reading it could inspire me to enjoy that thing. These guys would talk to Deep Throat, then wait, then something would happen, and then there would be more waiting. Rinse and repeat, all in the same colorless prose. Having read it again as an adult, I can safely opine that it’s still boring. Goldman was doing Woodward and Bernstein a favor.

Of the two journalists, Woodward was the most helpful, giving Goldman the crucial events that allowed him to arc the film. Goldman even sat in on Post budget meetings and took down actual jokes made by the editorial staff. Everything about the film had to be authentic, straight down the line, or the whole thing would fall apart. 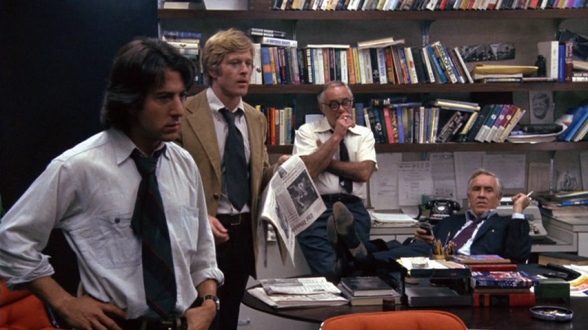 Not surprisingly, Bernstein made himself look good. In his script, he was rather a lady-killer. However, he didn’t impress people as much as he thought he did–the only scene of his that makes it into the movie is the one where he talks his way into Judy Miller’s house. It’s completely made up, by the way.

Goldman found himself with two unwitting allies. One was Walter Cronkite, who essentially encouraged Goldman to bring his A-game, and Alan Pakula, President’s director, who gave him a free hand in terms of script revisions. In spite of that, Goldman remembered later that the whole experience was a headache that didn’t let up until the phone stopped ringing.

In the end, Goldman won. He got sole screen credit for the script, he gained an Oscar, and he escaped from the production with his dignity intact. Meanwhile, depending on who is asked, the Washington Post has descended into what some might call a pathetic version of The Onion. They were sued for defamation, which was dismissed and later reversed. Who knows, the way the Post is going, there may be more lawsuits in their future. Also, depending on who is asked, Carl Bernstein is still a heel. Nora Ephron eventually thought so–that’s why she divorced him and wrote Heartburn.

He may have come out the better man, but the experience left a bad taste in Goldman’s mouth. In Adventures In the Screen Trade, he summed things up thusly:

…If you were to ask me ‘What would you change if you had your movie life to live over?’ I’d tell you that I’d have written exactly the screenplays I’ve written.

For more of the great William Goldman, please check here. Thanks for reading, all, and I hope you enjoy the rest of our blogathon…

All the President’s Men is available on Blu-ray and DVD from Amazon.

8 thoughts on “A Dangerous Story”