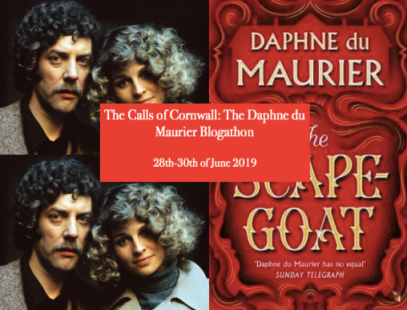 One of Alfred Hitchcock’s most infamous films is the 1963 chiller, The Birds. Following the strafing of a seaside town by angry, murderous birds, it’s commonly attributed to Daphne du Maurier’s novella of the same name. However, there’s much more as to how the film came to be.

Melanie Daniels (Tippi Hedren), a San Francisco socialite, goes into a pet store to buy a myna bird, and on her way in she casually glances up at a flock of very noisy gulls milling around above the city. Could they be a harbinger of the horrors to come?

While Melanie’s in the store, Mitch Brenner (Rod Taylor) mistakes her for a store employee and asks if the store has lovebirds. He wants to buy a pair for his sister’s birthday. Only Mitch knows Melanie doesn’t work at the pet store. He’s a lawyer who recognizes Melanie from seeing her in court. The movie’s unclear as to whether it’s civil or criminal charges, but either way, there’s a broken window involved, and he thinks Melanie should have gone to jail instead of walking free. Melanie calls him a louse; Mitch is just happy he trolled her. 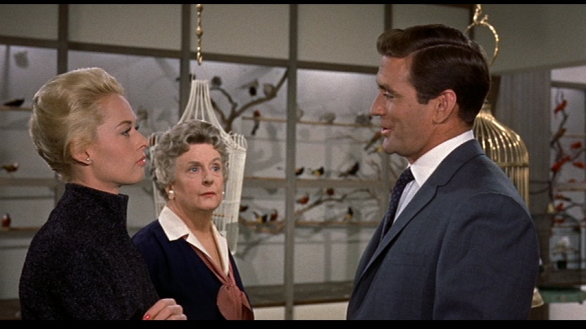 Melanie gets her revenge, though, or at least she tries to. She takes down Mitch’s license plate number and asks a friend of hers at the newspaper office to run the number for her. Once she’s got Mitch’s address, she goes up to his apartment to deliver a pair of lovebirds to him, and probably tear him a new sensibility.

The plan suffers a snag when Mitch’s neighbor informs her that Mitch is away visiting family for the weekend in Bodega Bay and won’t be back until Monday. Naturally, Melanie packs the lovebirds into her snazzy convertible and speeds up the road to the little seaside hamlet, where she asks the locals where Mitch’s family lives. The postmaster takes her questions at face value, but Annie (Suzanne Pleshette), the local schoolteacher suspects there’s more to Melanie’s visit than just delivering a birthday present.

Then this enterprising lady rents a boat and chugs across the bay to Mitch’s mom’s house, which is unlocked because small town, and spirits the lovebirds into the living room while Mitch is busy in the barn.

Mitch quickly figures out he’s been had, and when he spies Melanie sitting in her little boat watching him look for her, zooms around the bay to where he knows she’ll be docking. Melanie’s all set to chew him out when a seagull dive bombs her hard enough to draw blood. Mitch helps Melanie into the Tides Restaurant, where he applies some first aid. 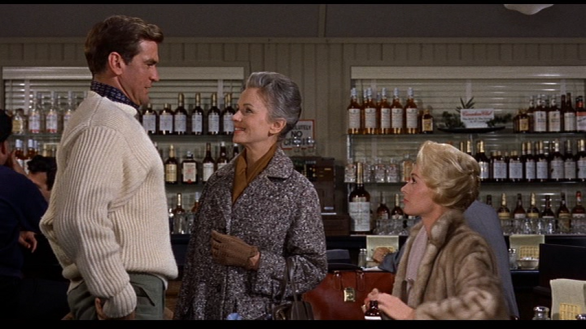 Our two combatants mend fences pretty quickly. Mitch invites Melanie to dinner at his mother, Lydia’s house. Lydia (Jessica Tandy) looks askance at Melanie, but Mitch’s sister, Cathy (Veronica Cartright) is overjoyed to meet her and invites Melanie to her birthday party the next day. Melanie is reluctant at first, but finally accepts. She ends up staying with Annie, and while they’re chatting about Mitch’s family life (Lydia doesn’t trust any of the women Mitch dates), a seagull slams into the front door. Melanie and Annie are baffled, but there’s nothing they can really do.

At Cathy’s party the next day, the kids are playing Blindman’s Bluff when a whole flock of birds begins attacking them–clawing, pecking, chasing them down. They clearly have the intent to harm. From that point on, Melanie, the Brenners, and the people of Bodega Bay are thrust into a confusing melee of murderous avians. Townspeople die, a grizzled old sailor predicts the end ot the world, and the local ornithological expert says what’s happening is impossible. 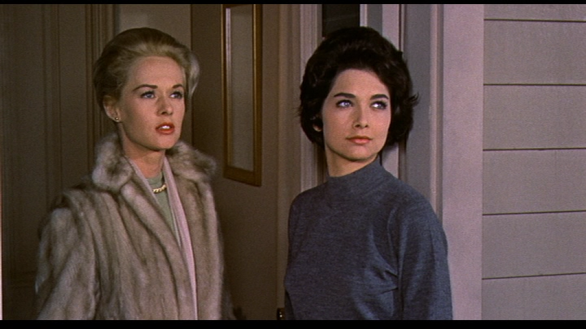 Plotwise, The Birds isn’t as layered as Hitch’s other films. A bird shows up. Then another bird shows up. Then a whole slew of ’em. Then people have to either run for cover or be pecked to death. In between, there’s some character development, which is nice, but it feels like the movie is biding its time until the next attack. It’s not a terrible movie, but others in the Hitchcock catalogue had much more going for them. Shadow Of A Doubt, for instance, or To Catch A Thief worked around slowly building suspense and gentle leading of the audience. I never got that sense from The Birds.

The location of The Birds keeps me coming back more than the overall menace, because it was shot in Bodega Bay, one of my favorite places in the world. I’ve taken vacations there, and it’s where my husband and I had our honeymoon–we rented a cottage on a cliff overlooking the ocean. The house had a wee rodent problem, but we didn’t care too much.

It’s always fun rewatching Hitchcock’s film because I recognize a lot of places, like the beach where my husband and I sat on a rock and ate crab cakes and Choco-Dills. The Tides Restaurant, which was featured in the film, is still going strong, though it looks nothing like it does in the movie. The school is there, but it’s now a private residence, and the main street looks pretty much the same as it did fifty years ago, except that it’s been modernized a bit. The interiors of the Post Office and the Brenner home, however, were obviously filmed at Universal Studios, as were other parts of the movie that involved fire or destruction. 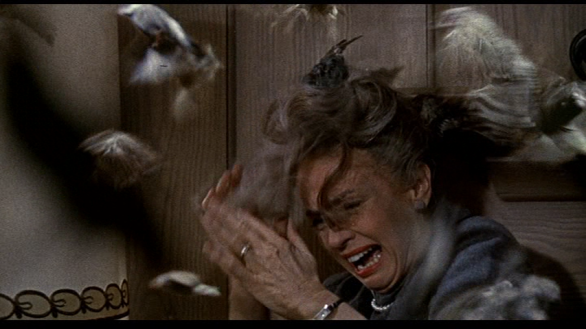 While the concept of The Birds was certainly based on Daphne du Maurier’s novella, the book is only one piece of Hitchock’s source material. On August 18, 1961, the town of Capitola, California was bombarded by angry seabirds known as sooty shearwaters (Say that five times fast). Large numbers of birds in the area were certainly not unusual, and to this day, the Capitola Beach is an avian hotspot. Here it is in 2013:

Anyway, the birds would dive bomb whatever or whoever they could, and plenty of damage resulted, such as severed TV lines and a shorted power line. For decades the cause was a mystery. Scientists attributed the event to anything from the birds eating something with MSG in it, to atypically thick fog, to the sound of gunfire at Fort Ord, a nearby Army base. The last idea is the least plausible, seeing as what became known as the Great Bird Frenzy happened at around 4 AM.

It wasn’t until the nineteen-nineties that the light started to break in. According to KQED, after brown pelicans and comorants turned up sick along the Monterey Bay, marine biologist David Garrison opined that the epidemic’s cause was the same as the Great Bird Frenzy–demoic acid. This toxin was found in anchovies and plankton the birds had eaten, and in 2012, after extensive testing by the San Diego Oceanic Institute, Garrison’s suspicion was confirmed. Demoic acid is occasionally found today in sealife, most recently in 2015 and 2016, when the poison caused a delay of the crab harvest. However, incidences are much fewer due to closer monitoring of sea creatures.

Hitchcock, who owned a 200-acre estate in the Santa Cruz Mountains at the time of the 1961 attack, told the local press that the Frenzy would be part of his inspiration for The Birds. Only problem was, no one noticed, as the Santa Cruz Sentinel hid the item on the fourth page. Oh well. Maybe some got a clue when the Frenzy was subtly mentioned in the film.

Not surprisingly, du Maurier hated Hitchcock’s interpretation of her book. Her story was set in Cornwall and focused on a farmer trying to protect his family. As the area is much more isolated, the original book has a Gothic feel and a sense of creeping doom. Many think du Maurier thought Bodega Bay was too bland to suit her story. Still, Hitchcock did catch the essence of her novella, which is well-worth a read, and neither the book or the film offer an explanation for the birds going crazy.

While du Maurier didn’t like The Birds, it can’t be denied that Hitchcock was always a master troll, and that’s the reason The Birds works. Hitchcock knew how to plant ideas and then bury them so that they only surface at the worst possible moments. The Birds is probably the best example of this. When we were in the seventh grade, my friend, Robynn remarked to me that once I had seen The Birds I would never look at a flock of birds the same way again. 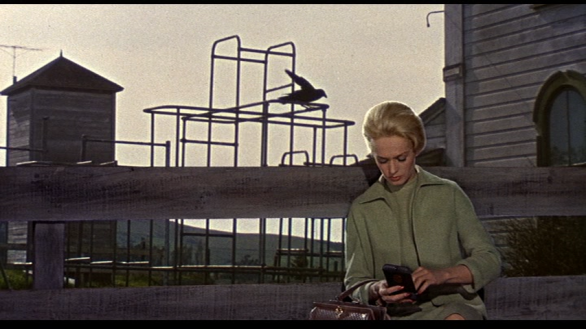 Having not yet watched the movie at the time, I doubted it, but she was absolutely right. It’s not uncommon for my stomach to tighten a wee bit at the sight of large numbers of birds, just because there’s always the tiniest possibility that they could turn hostile, and I’m saying that as someone who likes birds. As YouTuber Adam the Woo is so fond of saying, “Hitchcock would be proud.”

For more Daphne du Maurier, please see Gabriela at Pale Writer. Thanks for hosting this, Gabriela–it was a blast!

Here’s what’s coming up in July: 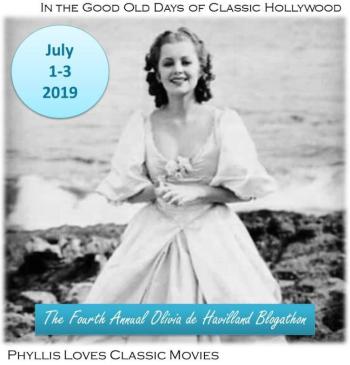 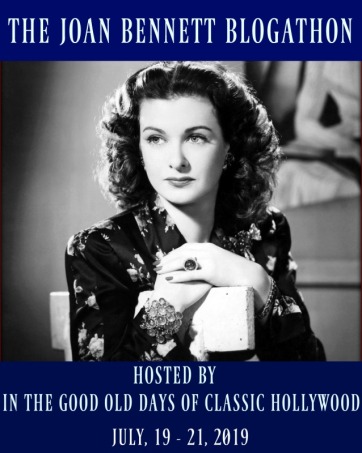 If anyone wants to participate, please see these fine folks:

Thanks for reading, all, and see you next week…

The Birds is available on Blu-ray and DVD from Amazon.

9 thoughts on “Bird Is the Word”