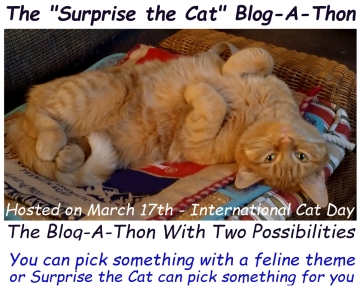 I always like working more silent movies into my film-watching experience, and while I wish I could be more deliberate about it, the silent films I do get to see are generally surprises. One of the nicest ones so far is 1927’s The Cat and the Canary. Based on the successful John Willard play of the same name, it’s an enjoyable mix of horror and comedy.

Cyrus West is dying. He sees himself hemmed in by giant medicine bottles and his greedy, catlike relatives, and for some reason he orders his will to be read at midnight twenty years after his death. He also leaves behind a sealed envelope, not to be opened unless his will is improperly carried out.

In the meantime, Cyrus has his former castle to haunt. His tortured specter walks the halls every night, scaring no one but his housekeeper, Mammy Pleasant (Martha Mattox), but she doesn’t mind.

Twenty years tick off, and it’s time to execute the estate. Cyrus’s lawyer, Mr. Crosby (Tully Marshall), opens Cyrus’s safe and a live moth flutters out. Then he sees that the letters from Cyrus have multiplied, and he’s really creeped out because he’s the only one who knows the combination to the safe, which he hasn’t opened in twenty years.

I don’t know about anyone else, but I don’t remember any of my locker combinations from junior high or high school, so this guy remembering how to open a safe twenty years after the fact is pretty impressive.

Anywhoo, the relatives are starting to arrive: Harry (Arthur Edmund Carewe), Aunt Susan (Flora Finch), her niece, Cecily (Gertrude Astor), Paul (Creighton Hale), Charles (Forrest Stanley), and Annabelle (Laura La Plante). Most of them haven’t spoken to each other in twenty years, but Paul and Annabelle have a sweet, albeit sassy relationship, as Annabelle tells him, “I haven’t seen you since Nurse dropped you on your head!” They chuckle, and Annabelle greets the rest of the fam, who look down their noses at her because she’s only a distant relative.

The group finally settles down and Mr. Crosby reads the will. Anticipation is high. Paul even writes “Paul Jones, Millionaire,” on an envelope, just to try it out. To the assembled company’s consternation, however, Cyrus’s will consists of some choice words for his family. Since they all treated him as if he was crazy and made him feel like they were cats and he was a canary, he’s leaving his entire fortune to the most distant relative he has: Annabelle. She also gets a cache of jewels that make the Hope Diamond look cheap. The catch is that she has to be proven sane to inherit the money, and if not, the alternate envelope will be opened.

Guess who congratulates Annabelle on her new fortune? Paul, and only Paul. The rest of the group growl like hungry lions and point angrily up at Cyrus’s painting, which has mysteriously fallen off the wall. Mammy takes away the painting and glares at the group, saying that something nefarious will befall them that night.

Just to punctuate Mammy’s pronouncement of doom, the guard rushes in and informs the group that a maniac is stalking the house. Yes, there’s the cat-and-canary motif again. Annabelle and Mr. Crosby go off to talk terms just in case something happens later, while the rest of the family heads into the dining room for a snack. A shot is heard outside, which makes Paul so nervous he rubs Aunt Susan’s hat off her head. Meanwhile, a clawed hand in a coatsleeve comes out of the wall and pulls Mr. Crosby away.

Annabelle freaks and runs to tell the rest of the group, who, except for Paul, say she’s crazy just like Cyrus. She replies that they’re wasting time being mean to her when they should be looking for Mr. Crosby.

So. Time for the inevitable poking around the creepy castle in the wee sma’s on a dark and stormy night with an escaped homicidal maniac on the loose. Well, Annabelle and Paul search, anyway–Aunt Susan blames Annabelle for Mr. Crosby’s disappearance. It all leads to the inevitable finding of secret passages and more clawed hands coming out of nowhere and struggles with mysterious individuals. Aunt Susan gets so scared, she runs for help and meets up with a kindly milkman who gets the police.

Just to make things a bit more frantic, a scary-looking doctor (Lucien Littlefield) shows up to evaluate Annabelle’s mental state. Well, considering she saw Mr. Crosby disappear, most of her relatives have it in for her, and there are clawed hands coming out of walls, she’s not going to be exactly calm. It all begs the questions: Who will be left alive and who are the real crazies?

The Cat and the Canary wasn’t changed all that much from the original play. Well, we get to find out more about the characters’ personal lives, and they’re not as mean to Annabelle, but other than that, the film stuck to the basic plot. According to the Internet Broadway Database, it was produced twice–once in 1922, and the second time in 1937, ten years after the film came out.

Canary is called a “dark house” film, which means the characters are stuck in a haunted or otherwise dangerous house for a night and either have to find out why they’re there or just stay alive, possibly both. This plot device still pops up in movies now and then, but was most popular from the nineteen-thirties up until the fifties (Clue and Murder By Death are great examples of the more recent stuff).

Cat’s director, German Paul Leni, was great at combining comedy and horror, and The Cat and the Canary is definitely more of the former. It checks all the haunted house and whodunnit boxes, but with a wink-wink-nudge-nudge approach. It’s a lot of fun, and keeps viewers guessing despite staying firmly in the dark house box. Sadly, Leni died of blood poisoning from an infected tooth in 1929. He was only forty-four.

Leni’s film holds up, and people wanted in on its success, as it was remade three times, the last with Dame Wendy Hiller as Crosby. I’m interested in seeing them, but I have a feeling I’m always going to have the original in mind.

For more cats and surprises, please see J-Dub at Dubsism. Thanks for hosting, J-Dub–this was a great idea! Thanks for reading, all, and see you soon. Another Reading Rarity is on the horizon…

The Cat and the Canary is available on DVD from Amazon.

4 thoughts on “The Purrfect Crime”