Christian films can be just as dicey as Christian fiction, only more so. To be clear, I’m not talking about Christian-themed movies made by major studios necessarily, but movies made by Christian film companies. I’ve never held with the idea that as a Christian I need to champion Christian films just because they’re Christian. Personally, I’d rather support good films, no matter who makes them, and most Christian movies just aren’t good. For a long time, especially around the 2000s, the vast majority of them were about End Times, football, or a Little House On the Prairie-type of scenario, and that gets old fast. Another problem is that the writing is lackluster, and like Christian chick-lit, a lot of Christian films tend to try too hard, especially the comedies. As yet, the exceptions I’ve found are Thérèse, The Hiding Place, Joni, The Second Chance, and Sarah’s Choice, but I’m always hoping to add to the list.

Back in May, my son had to take a CAASPP test (Yes, one of the joys of homeschooling through a charter is that kids still take those lovely standardized tests), and the only place where parents could wait was a dusty, sunny courtyard. It was about ninety degrees that week, and it took me exactly one day of sitting in that courtyard to get restless, so I did what any self-respecting mom would do: I went shopping. On the last day of the test, I was browsing around my local Family Christian Store, which was about to go out of business. I had been shopping at this particular store since junior high, so it was a bummer that it was closing, but I didn’t mind digging through what was left of its inventory. Most of the prices were reduced to almost nothing, and the store had nine days to go, so they were just about down to the singers and authors no one knows. Well, my eyes lit on a 2013 film starring Rebecca St. James called A Strange Brand of Happy. I had never heard of it, but I own most of Rebecca St. James’s CDs and have sung a few of her songs as solos in church, so I figured, “Why not?” The fact that it was only four dollars was a nice bonus. It was a good thing, too, because A Strange Brand of Happy didn’t make my list. Not even close.

David (Joe Boyd) is a guy who works at some kind of job at some kind of company. We see him in a cubicle flipping through an animation he’s drawn on a Post-it pad, and then his boss, William (Hunter Shepard), calls him into his office. A guy, Dale is sitting there eating a giant hoagie, and then William tells him he’s fired. Only we don’t see the actual handing-over of the pink slip, because the movie cuts to David in a bar playing pool with his roommate, Ben (Benjamin Keller) and getting drunk. Ben decides to order champagne for the entire bar, and the next thing we see is the two of them coming back to their duplex completely plastered, with their young and beauteous landlady, Terry (Bekka Prewitt) looking on. Then the film cuts to the following morning, with David hung over and Ben bringing back coffee and muffins.

I wish I could give more details, but there are none to be had, except one: While at the coffeeshop, Ben picks up the businesscard of a pretty life coach, Joyce (Rebecca St. James) and finagles a meeting with her for David because his life is such a mess. Ben gets David to go to the meeting by having him haul their suit of armor downtown to be repaired (!!!), and then asks him to go buy a pound of coffee grounds at the shop where Ben just was and Joyce is still sitting in. Does your head hurt? It should–the film has barely started. The rest of it is this murky thing trying to be comedy, or inspirational, or something.

Joyce’s method of life coaching is to have David join her yoga class and volunteer at a senior’s home, where he finds his ex-boss also volunteering and clearly after Joyce. Awkward. The residents (of whom Shirley Jones is one, by the way) all decide David should win Joyce. Two of the guys, Albert and Mack, are particularly vocal. Problem is, William is always around, not just at the senior’s home, but at yoga. And a Christian open mic night Joyce hosts, where he tries to play guitar and sing.

About that open mic night: It’s where we get treated to the best part of the whole movie. No, I’m not being sarcastic–it really is the best part:

Right here is where the trajectory of the movie could have changed for the better, but it doesn’t. David sits there when the mic night is over, and asks Joyce if she really believes this stuff, meaning Christianity. Joyce tells him she does, and that it’s a feeling she gets. When I heard that, I had to groan and slap my forehead, because while there’s nothing wrong with emotions, they can be some of the most untrustworthy parts of the human experience. I don’t want to get into a big theological discussion here, but there’s way more to being a Christian than feelings.

Anyway. Back to the movie.

David sets out to prove he wasn’t looking at porn, and one of the workers at the seniors’ home calls “a guy” who can help him. Really. That’s all we know about him. A Guy. David, The Guy, the workers, Albert, and Mack sit around cooking up a scheme to get into the company server to download David’s browser history. Naturally, they have to create a diversion, which involves Albert and Mack posing as window washers. They soap up the window of the server room while The Guy does his little covert operation. The room is in a dark hallway that probably only the maintenance people ever go down, but whatever. As soon as The Guy is done, out come the Squeegees and the soap goes bye bye. That’s the diversion. I kid you not. Again, my hand met my forehead.

A Strange Brand of Happy has a few moments of cuteness, and there’s a nice underlying message, but there’s an abundance of…uh…strangeness to slog through while waiting for the good stuff, of which there isn’t much. There’s very little character development or pertinent information, such as why David’s life is a mess in the first place. If losing one’s job is all it takes to need help from a life coach, anyone who’s ever worked would have one in tow. As a matter of fact, whether or not Joyce really is a life coach is debatable, because we don’t ever see her, well, coaching David. You would think there would be at least some Yoda-to-Luke-type moments, but they don’t happen. This lack of follow-through is how Strange rolls–what could have been set-ups for comedy or a decent story arc have no payoffs. Also, is it a bad sign when actors in a film can’t hear what is supposed to be wry humor without wincing? I think so. It kinda ruins the illusion, because if the actors don’t believe what they’re saying, no one else will, either.

Flannery O’Connor once wrote, “The {writer} with Christian concerns will find in modern life distortions which are repugnant to him, and his problem will be to make these appear as distortions to an audience which is used to seeing them as natural; and he may well be forced to take ever more violent means to get his vision across to this hostile audience. When you can assume that your audience holds the same beliefs you do, you can relax a little and use more normal ways of talking to it; when you have to assume that it does not, then you have to make your vision apparent by shock — to the hard of hearing you shout, and for the almost blind you draw large and startling figures.”

This right here sums up the root problems of the Christian film industry: There’s too much unwillingness to look at life for what it is, warts and all, and there’s too much fear of offending Christian audiences to present it as it is. Not that they have to get smutty, but if Christian films would just be real and honest about life and what Christianity means beyond the touch-y, feel-y stuff, there would be a sea change in the quality of films produced. We have had lots of superior moments in music, letters and sacred art. Film? Not so much. In that realm, the Christian art scene has a long way to go, and sinking money into films like A Strange Brand of Happy doesn’t help.

My hope that things will improve springs eternal, though, especially when there are gems such as this one out there:

Yeah, it’s random, but I wanted to end the review on a good note.

Oh, and my haul from that shopping trip did have one more item in it, but that’s a different story for a different time. 😉

Coming up next is this month’s fourth and final blogathon: 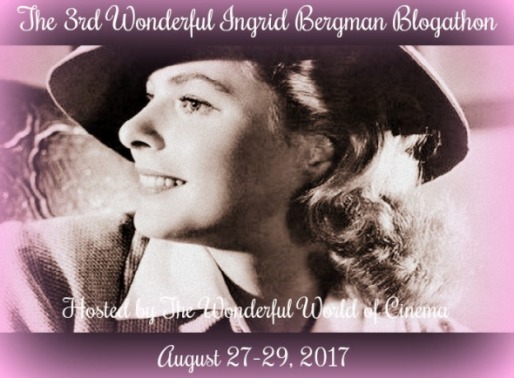 In case you missed it before, if anyone wants to jump into this, The Wonderful World Of Cinema is where it’s at. Thanks for reading, and see you later!

2 thoughts on “A Strange Brand of…Something”