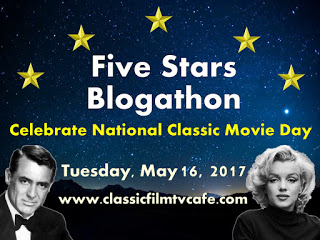 It’s National Classic Movie Day again, and Rick has another question for us bloggers: Which five stars are your favorite? Eeeep. That’s even tougher than last year’s challenge. Anyone who’s an old film lover knows there’s so much to like about the Golden Age.

Me, I always enjoy watching the repartee between Katharine Hepburn and Spencer Tracy. I also enjoy seeing Charlton Heston as Ben-Hur. Or Long John Silver. Or Moses. Or…you get my drift. Except for Planet of the Apes or Soylent Green. I know they’re cult favorites, but come on, Chuck–really? You had better moments than these. Much better.

Then there’s Cary Grant’s smooth charm, and Myrna Loy’s wry elegance, and Paulette Goddard’s fun flirtiness, and Gene Kelly’s manly stepping, and Claudette Colbert’s graceful versatility. Speaking of versatility, was there anything Mickey Rooney couldn’t do? Shakespeare, playing any number of musical instruments, singing and dancing up a storm, sight gags–you name it, Mickey Rooney did it. Well, except for pole dancing. Or other family-unfriendly forms of entertainment. If anyone had a right to be tired, it was Mickey Rooney.

Anyway, if I had to narrow things down, these are the five classic film stars I would pick (No, I’m not sneaking in any Honorable Mentions this time. 😉 ). Each of them has been a favorite for years, and there may or may not be a pattern here as to why they made the list. May I present…

This guy makes me smile. Like a lot of people of my generation, I first encountered Jimmy in It’s A Wonderful Life, and it was like a domino effect. I had to see him again. Jimmy Stewart was gentle, warm, steely, unpretentious, and could go from comedy to drama to westerns to thrillers without batting an eye. He even made a few musicals, including Born To Dance, where he somewhat uncomfortably sang “Easy To Love” to Eleanor Powell.

Stewart didn’t like the Hollywood lifestyle; in fact, according to Gary Fishgall’s book, Pieces of Time, Stewart’s best friend from school was Henry Fonda, and they used to build model airplanes together. When Stewart arrived in California from Pennsylvania, Fonda, who had come out earlier, met him at the station. The first thing he said to Stewart was, “Where’s the plane?”

This down-to-earth attitude carried over into Stewart’s film work, and allowed him to inhabit roles in a way that other, stage-ier actors couldn’t. As a person and an actor, Jimmy was a guy you wanted on your side. If he cheered for you, he meant it. I remember thinking when I heard he had died that Jimmy Stewart was someone you wish could live forever.

Here’s another guy who makes me smile. When I was eight, my family started watching Yankee Doodle Dandy on the Fourth of July. In fact, my dad still watches it every year, though it’s touch and go now whether anyone will join him. Most of us have the entire thing memorized. No, really.

“I can write a play without anything but a pencil. Laugh.”

“I wouldn’t worry about America. We’ve got this thing licked. Where else can a plain guy like me come and talk things over with the head man?”

Don’t misunderstand me–I still enjoy Yankee Doodle Dandy. It’s just that Cagney had plenty of other things going for him. He was mainly known for his tough guy act, but like Jimmy Stewart, his filmography covers all genres. His time steps were just as good as his right hooks or his way with a monologue. He’s been imitated a lot over the years, but we all know that bit about imitation and flattery.

Also like Stewart, Cagney was unpretentious and un-Hollywood. He was a quiet person who liked to read in his off-time. Cagney acted because it was a job, and because it allowed him to do what he really wanted, which was farming. I remember seeing a photo once of Cagney squatting in a yard watching chickens peck around, with a look of satisfaction on his face that he probably never wore on a film set. I think it sums up Cagney nicely.

The unfortunate thing about Judy Garland is that a lot of people default to the sad parts of her life–her addictions, money problems, various marital upheavals, and her early death at age forty-seven. Sure, it’s dramatic, and Judy was definitely a casualty of financial mismanagement and being seen as a commodity, but there’s so much more to Judy.

I was six when I discovered Judy Garland in The Wizard of Oz, and wanted to be her. Who wouldn’t? She got to sing and dance down the Yellow Brick Road, and she got to wear the Ruby Slippers. As I got older and started in music myself, I began to see that this woman was a genius in so many ways. She was highly intelligent, a terrific raconteur, she could play drama or comedy, sing sweet or hot, and dance like nobody’s business. Judith Crist said that Judy was the only partner of Fred Astaire or Gene Kelly who could draw attention away from Fred and Gene. She couldn’t read music, but was able to learn songs after only a single listen. She was also able to recall choreography from her movies years later, such as when dancer Ken Barry asked her in 1963 to show him the “Midnight Choo-Choo” number from Easter Parade. Any musician or dancer will attest that this takes serious talent.

What’s more, Judy’s one of the few solo performers in history who could play an entire concert by herself and keep her audience’s attention. No gimmicks, no trap doors, no fancy sets. Just Judy, a microphone, the orchestra, maybe a few backup dancers, and that’s it. Not even Bono dares to hold a show together by himself for too long; Judy did it all the time. She will always have a unique place in the annals of entertainment.

Audrey is someone I feel like I’ve always known, and I wish I could have been friends with. What a gracious lady she was. I admire the way she thought it was more important to raise her sons than be an actress. She never stopped being Audrey Hepburn, but to her boys, she was Mom first.

Obviously, as an actress, Audrey was no slouch. One of the key factors in her success was that she knew how to be herself, and audiences immediately took to her. Whether she played a nun or a hooker…ahem…call girl, Audrey’s genuine charm always shone through. I only wish she had gotten to dance more in movies, because ballet was her first love. Thank goodness for the few musicals she did make, like Funny Face, My Fair Lady and The Secret People. The joy in Audrey’s face is so evident in these movies, as well as in others she made, and it’s wonderful to see.

Also, there are not many people out there who are style icons without even trying. Audrey wasn’t a cutting-edge fashionista, but she knew how to make clothes work for her, and she carried herself superbly. People in the fashion world have a saying: “That’s so Audrey!” Whenever something is clean and classic and together, Audrey Hepburn always comes to mind.

The newest discovery of my five picks (and yes, another “J” name), I was introduced to John Garfield in 2008 when I heard the Lux Radio Theater version of Pride of the Marines. Like Cagney, Garfield tended to be pigeonholed as a tough guy, but also like Cagney, Garfield had depths as an actor that went beyond the tough guy image. Garfield played characters like he had nothing to lose, and displayed a raw energy unusual for the studio era. He was doing what we know today as method acting way before Newman, Hoffman, Dreyfuss, or Brando.

Garfield also lobbied for roles no one else would touch, such as, again, Al Schmid in what became Pride of the Marines. For some reason, Warner Bros. didn’t want anything to do with putting Schmid’s story onscreen, in spite of his being featured in Life Magazine for his heroism at Guadalcanal. Garfield’s persuasiveness made the movie of Schmid’s story happen, and his performance in the role is Oscar-worthy.

Even though the arena Garfield preferred was the stage, and even though he was an intense actor, he was still accessible and relatable to audiences. His presence never fails to draw people in, least of all me. There’s something satisfying about watching Garfield come up against adversity, even if he crumbles under it, because he always finds his footing again, one way or another. Garfield never failed at this, onscreen or off, until he was blacklisted and then died of a heart attack at the young age of thirty-nine.

Yeah, there’s definitely a pattern here (besides all the “J”s, of course)–I tend to gravitate to actors who aren’t the diva types, but real people who were able to communicate with an audience right where they were, and for the most part, didn’t allow Hollywood to dictate their identities. For people who are in the business of pretending, this is very difficult, and it’s always nice to see actors who successfully keep their feet on the ground. At least, more or less. 🙂

Who are your five favorite classic stars?

14 thoughts on “On One Hand: My Five Favorite Classic Stars” 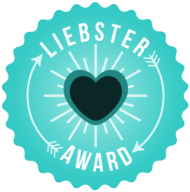